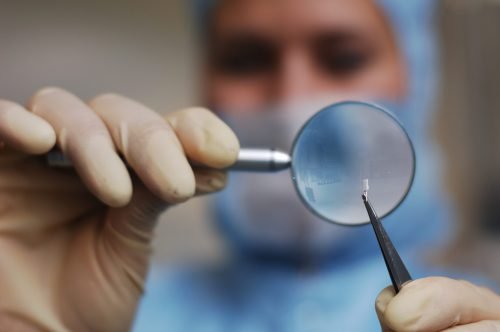 ATC Semitec is the distributor in the UK and Ireland for the very wide range of platinum RTD sensor elements from Heraeus Nexensos GmbH, from Pt100 to Pt2000. Based in Hanau (near Frankfurt), Heraeus invented the very first platinum sensor in the early 1900s, initially developing wire-wound technology and then later introducing thin film Pt100 elements in the 1970s.

These thin film platinum elements could be readily mass produced which helped to lower the unit cost.  This meant that platinum sensors found their way into a wider range of applications that benefited from their linearity, precision and very stable characteristics.  These applications vary from e-vehicle battery sensors and 3D printer heads to aspirating smoke detectors and e-cigarettes.  Heraeus are constantly striving to develop their sensors for new and exciting applications and still lead the world today in thin film platinum sensor technology.

What is a platinum RTD element?

Platinum RTD (Pt100) sensors are thin-film/layers of platinum deposited on a ceramic substrate.  The very stable platinum element exhibits a linear PTC characteristic in a known, repeatable manor. This linearity and unrivalled long term stability make platinum RTD sensors ideal for most industrial applications.  The thin film elements of the sensor offer a performance equal to their standard wire counterparts, but with an improved price, size and convenience.

Why use a platinum RTD element?

Platinum Resistance Temperature Detectors (or PRTDs) are highly stable temperature sensors widely with a positive linear output used throughout many industries, controlling temperatures from -196°C up to 800°C or even higher.

Our platinum elements (Pt100, Pt1000) are manufactured by depositing a thin layer of platinum onto a ceramic substrate, which is then laser-trimmed to meet the exacting requirements of DIN EN 60751 (IEC 751).  They have a linear PTC characteristic which is very well defined and readily interchangeable with other Pt elements of the same tolerance class; Class A, B, 2B, 1/3B etc.  Even tighter accuracies e.g. 1/10DIN (or W0.03) or Class 1/5B (W0.06) can be achieved using wire-wound solutions on ceramic cores.

Platinum sensors (Pt100, Pt1000) have been used for many decades to measure temperature in laboratory and industrial processes and have a proven and well-deserved reputation for high accuracy, excellent repeatability and high stability.  Because of this they have now found their way into automotive, medical and domestic appliance markets.

Call us today on 01606 871680 or complete the Get A Quote form, to discuss your application’s thermal sensor requirements.  Using our extensive technical knowledge and innovative supplier base, we will work with you to provide the optimum solution for your product.